"If everything feels under control, you are not driving fast enough." – Mario Andretti, American world champion race car driver 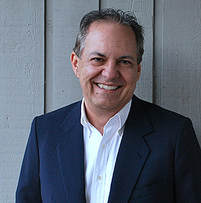 Tobias Kaiser, born in Germany into a family with entrepreneurial tradition, caught the bug for modern architecture rather early.

When his parents discussed the plans for the mid-century modern house he would grow up in, his baby crib was parked in the dining room, with Jazz playing in the background... talk about early indoctrination.

Somewhere around the tender age of eight or ten, while well-adjusted kids would populate their model train sets with half-timbered houses and proper farms, he fell hard for the only modernist set by model-house-producer Faller, the "Villa im Tessin" (“Villa in the Ticino”; below), which he built not once but several times. He recently unearthed also what must have been his first of floor plans and elevations, drawn when he was approximately eight to ten years old.

For reasons a bit unclear he was gently persuaded not to study architecture – perhaps a blessing? – but went to law school in Germany instead. After two years, he switched gears, went to the US and earned a Master’s of Science in Public Communication (Newhouse School at Syracuse University, Syracuse, New York) in 1982.

Returning to Germany he worked in marketing and advertising for Philip Morris, KING, Euro/RSCG and Ogilvy & Mather, among others, but in 1991 founded a property consulting and management company in Fort Lauderdale, FL. He received his Florida real estate agent license in 1991, his broker's license in 1992 and his CIPS designation (Certified International Property Specialist; one of approx. 2,100 designees in 59 countries) in 2000.

Tobias is a member of the Palm Beaches + Greater Fort Lauderdale Realtor® Association and the National Association of Realtors® since 1991. Over a period of ten years he held a Director's position on the Realtors® Commercial Alliance, and served 13 years on the local Professional Standards committee, focusing on Ethics and Arbitration issues.

Since 2011, when he was a member on its Advisory Council, he is a member of North Carolina Modernist Houses, a non-profit for the preservation and promotion of modern architecture in North Carolina, USA.

As he has practised for many years, Tobias donates 3% of all commissions he earns to charities such as Doctors without Borders and Kids in Distress.

He speaks English and German, basic French and after many years still hasn't given up on learning Spanish. He loves Scottish Terriers, architecture, photography, jazz and 20th century art and is an avid motorcycle rider - on his second BMW boxer - and barbecuer (favorite motto: “If you don’t like barbecue you’re ill. You should seek medical attention.” - Wilberdean Shirley of Wilber’s Barbecue in Goldsboro, NC).

He works together with his team from his Florida office, as well as from his home in Starnberg near Munich/Germany.