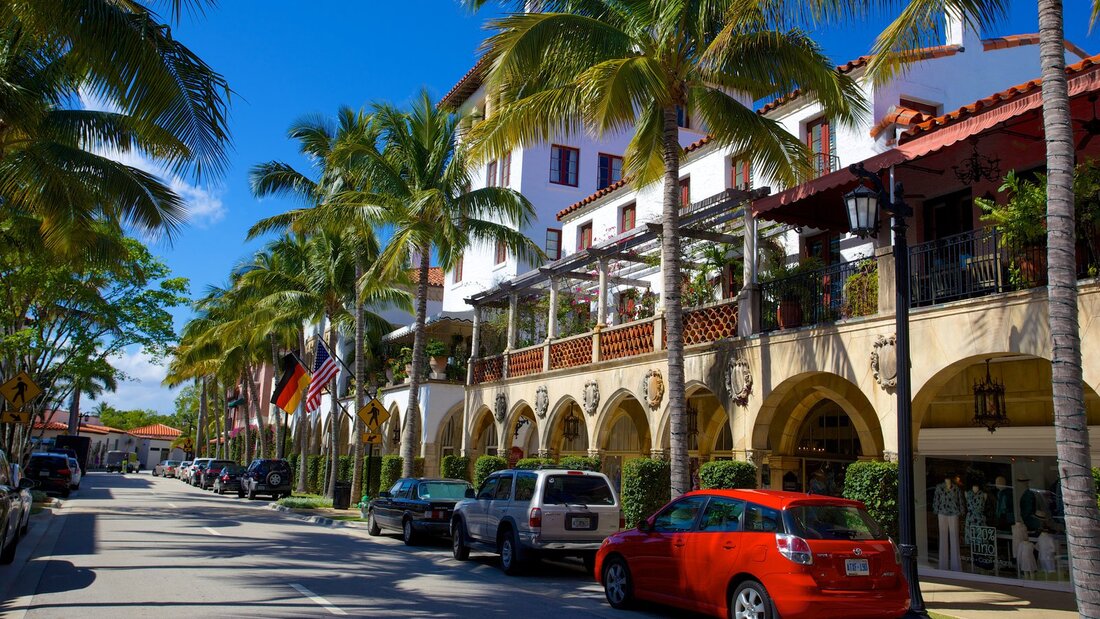 Worth Avenue, Palm Beach
When the first settlers arrived 1872 in what was to become Palm Beach, the entire area was known as “Lake Worth”, named for Major General William Jenkins Worth who fought in the Second Seminole War. Pioneers struggled to clear land for their houses and crops, but were successful in planting a load of salvaged coconuts, which were not native to South Florida, in an effort to launch a commercial coconut industry.

Word of the area’s beauty spread northward and by 1880 the first hotel, the Coconut Grove House, opened to accommodate tourists. By the early 1890s the island community was well established with several hotels, businesses, and winter residents.

The pioneer era ended in 1894 with the opening of Henry M. Flagler’s Royal Poinciana Hotel and the arrival of the Florida East Coast Railroad in 1896. The railroad tracks crossed Lake Worth so trains could deliver their passengers directly to the Flagler System hotels, which included the Palm Beach Inn directly on the ocean. Soon renamed The Breakers, because so many guests wrote asking for a room “down by the breakers,” fire destroyed the hotel in 1903. Henry Flagler ordered a larger, more luxurious hotel built at the same location, which was again destroyed by fire in 1925 and was replaced by the magnificent stone structure which continues to serve as a Palm Beach landmark today.

The Town of Palm Beach was incorporated on April 17, 1911. Thirty-five men (women did not have the vote yet) met at the Palm Beach Hotel that night and voted to incorporate what was only the second recognized municipality in Palm Beach County. In 1929, the Garden Club of Palm Beach sponsored the preparation of a Town Plan. After over 100 years of graceful evolution, Palm Beach today is world-renowned for its beauty, quality of life and small-town character. It is home to many “Captains of Industry” and the famous Worth Avenue.

Approximately 9,000 citizens make Palm Beach their year-round home, and about 20,000 more have a seasonal home in Palm Beach where they enjoy the winter months. Together, these residents of Palm Beach donate more money per capita to charities than any other community in America.

The town – not without some very interesting mid-century modern and even contemporary modern homes, mostly on a larger scale – has an active historic preservation program, strict zoning standards, high levels of public safety and public works services, 3 miles of public beaches, and a wide array of recreation programs, including award-winning golf and tennis facilities.