“There is no such thing as 'Bauhaus Architecture' " – Ulf Meyer and Hans Engels: Bauhaus

A short introduction to Modernism 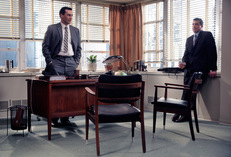 Scene from the tv-show Mad Men, ©amc-tv
Remember "Miami Vice"? What that TV-series did for Florida tourism, the multi-award-winning television series Mad Men (2007-2015) did for all things Mid-Century Modern.

Along with several hundred new blogs, “Mad Men” also ignited some misconceptions. No doubt countless architects have shuddered over laypersons confusing modernist periods and styles, failing to understand that the architecture that came out of the Bauhaus school in Germany, for example, was of a different time and purpose than Mid-Century Modern architecture. (Although to be fair, the Bauhaus would have a profound influence on all forms of Modernism, including Mid-Century.)


The exact amount of credit “Mad Men” deserves is subjective and debatable, but the renewed interest in modern architecture overall since then is a blessing and a lifeline for many buildings otherwise threatened by demolition. Let’s have a look at the origins of the movement we call Modernism – on this page you find:

Modern or Modernist, two words mostly used interchangeably, but they are truly not the same. However the discussion is mostly conducted by professionals:
Thus, a Mid-Century design by Breuer or Mies should correctly be referred to as Mid-Century Modernist. Though nobody uses that term or would even appreciate it.

To avoid what might sound like academic hair-splitting, this website uses “Modern” in its name and mission statement. But where the situation allows an explanation – for instance in a conversation – Tobias prefers “Modernist” as the correct and more precise term.

(This is an abbreviated version of a selection of the major modern styles the public may encounter, not meant as an academic guideline. Corrections and additions are welcome. – For anyone seriously appreciating modern architecture and wishing to learn a more about the different modern styles, the expanded version with short essays devoted to each style will appear on a page still under construction, dedicated solely to the subject of Modern Architectural Styles.)

The span of years that architectural historians consider the “Heroic Period of Modern Architecture” – from the earliest post-Victorian years of the 1900s to the late 1930s/1940 – were the decades in which Modern Architecture was born through the labors of such geniuses as Frank Lloyd Wright, Le Corbusier, Gerhardt Reitveld, Walter Gropius and Ludwig Mies van der Rohe.

Mid-Century Modern refers to a prolific period in the mid-20th century, from the late 1940s to the early 1970s, that spawned everything from major works of architecture to dinnerware.

(The somewhat ill-coined term Contemporary Modern is meant as the counterpart to Mid-century Modern and refers to modern design – architecture, furniture, textiles, etc. – created within the last 30 to 50 years, approximately from the '70s to today. It is not be confused with the contemporary style though.)

The pioneering modernists of the Heroic Period and the Mid-Century didn't sit down in search of a new style like a consortium of fashion designers. Their goal was a much-needed liberation from historical precedents and stylistic quotes of the 19th century, especially the Victorian Era. 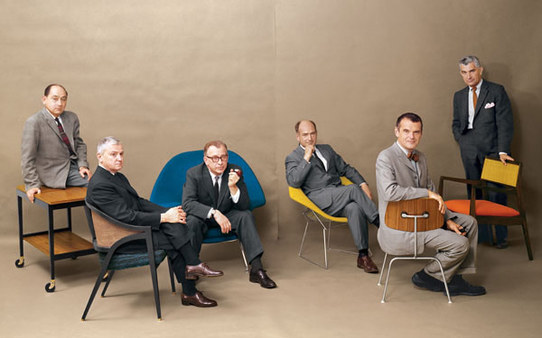 Frank Lloyd Wright’s work was initially appreciated for its alternative to Victorianism and soon revered for its attempt at establishing a truly American architecture. Interesting: Great Britain's Prince Charles to this day insists that the historic styles are superior to Modernism.

The birth and growth of Modernism can be traced through commercial buildings – think the Bauhaus school (the second of three and best-known school built in Dessau/Germany in 1925) – but it is even more common in residential architecture. In form language related to Googie (not a typo!) and Space Age, its roots are found in the German Bauhaus, the International Style and the Scandinavian style.

Fortified with the knowledge that Modernism sought liberation from historic, rigorously imposed styles, it becomes easy to see why all forms of Modern residential design had – and still have – the following elements in common:


There are too many brilliant modernist architects to mention here, but two of the giants were Walter Gropius and Ludwig Mies. – No, that’s not a mistake: “Mies” was the family name he was born under. He appended the Dutch van der and his mother’s maiden-name Rohe to his last name, to be known since as Ludwig Mies van der Rohe, many people thinking "Mies" was his first name.

Gropius was director of the German Bauhaus; together with Mies and Le Corbusier he is considered one of the pioneers of modern architecture. Mies later became director of the Bauhaus, before he and Gropius decided in the 1930s to rather leave Germany than live under Hitler's oppressive regime.

Gropius went to the UK first, where he was joined in 1935 by the outstanding Hungarian architect Marcel Lajos Breuer, another Bauhaus teacher, at that time one of the best-known designers in Europe.

The three immigrated to the US, as another modernist giant, the Austrian architect Richard Neutra. had done a few years earlier. There, they took up teaching and became a major influence to a whole generation of architects.

Thus, by trying to suppress modern architecture as "entartet" (degenerate) and forcing these masters to work where they were free to develop and spread their ideas, the Nazi regime accomplished exactly the opposite of what they aimed for.

Some of the best-known examples of Mid-Century Modern architecture are the famous Case Study Houses, brilliantly photographed by Julius Schulman.

In the 1940s, Arts & Architecture magazine (1938–1967) had commissioned 28 significant architects – among them Richard Neutra, Raphael Soriano, Craig Ellwood, Charles and Ray Eames, Pierre Koenig and Eero Saarinen – to design inexpensive model homes, aimed at the post-WW II housing boom in the US.

These houses were built between 1948 and 1966, mostly in the South California, with one each also in San Francisco and Phoenix, AZ.

Today, Mid-Century Modern exists mostly in Los Angeles and Palm Springs, Las Vegas, Seattle, Chicago, New Jersey, the Triangle region of North Carolina (though not, as wrongly claimed and always disproved, as the third-largest concentration in the US) – and in South Florida: in Sarasota as well as the greater Miami - Fort Lauderdale - Palm Beach region.

North Carolina Modernist Houses, an award-winning non-profit organization dedicated to archiving, preserving, and promoting modernist residential design in that state, also offers an extensive and immensely informative archive of modernist architects and their work – including a Masters Gallery of internationally significant Modernists – on its website www.ncmodernist.org.

Modernism in Southeast Florida came into its own in the 1940s. As in California, Florida’s climate made a connection between inside and outside spaces not only possible but desirable – even more so since smaller houses could be made to feel much more spacious than they actually were by expanding their living areas outdoors.

Exemplary modernist structures can be found throughout Dade, Broward, and to some extent Palm Beach counties.

Brilliant practitioners such as Rufus Nims, Don Singer, Dan Duckham or Alfred Browning Parker contributed outstanding architecture to the local inventory. Between Miami and Jupiter, Tobias has been able to document over 4700 existing mid-century and contemporary modern residences by address (per 2020).

Thankfully, there is a noticeable shift in current taste in Southeast Florida, moving slowly away from a Spanish-Mediterranean-sort-of-revival to modern architecture.

This change began with the speed of a shifting sand dune. In the last five to ten years it increased speed bit speedier, as witnessed by growing interest in saving existing modernist structures, in the rise of new Modernist construction and even in some new townhouse developments throughout the region.

5. THE THREAT OF DEMOLITION 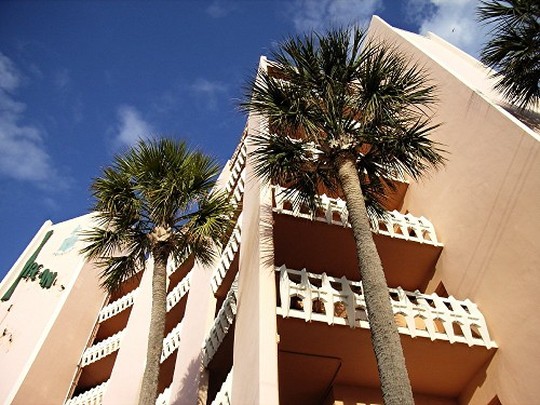 The lost Ireland's Inn Hotel, Fort Lauderdale, FL. Photo ©tckaiser
Nevertheless, many original Mid-Century Modern structures in Southeast Florida are threatened by greed or at least profit, ignorance, neglect or demolition – or have already been lost.

One example is the Ireland's Inn on Fort Lauderdale beach (photo). The family-run hotel had closed to be demolished for redevelopment in May 2007. Awaiting tear-down for yet another luxury resort hotel in Fort Lauderdale as the owner stated to Tobias Kaiser, it sadly stood fenced in and abandoned for over seven years until it was flattened, much to the regret of many locals and visitors alike.

For those seriously appreciating modern architecture and looking to learn a bit more on the details of the different modern styles, you may look forward to a page under construction, dedicated solely to the subject of Modern Architectural Styles.
___
Site design and content ©Tobias Kaiser 2007-2022. Any publication, reproduction or use only with written permission.